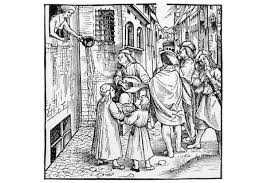 If we ever discover time travel and you decide to visit the Medieval period there are two things that you would notice the second you step out of your time machine. First of all you’d find it hard to understand people as they spoke Middle English, an early form of what we speak now. For example “And up he strete as sooth a wood leon”. I’ve no idea either. Possibly something to do with a Wood Lion? No point in asking for a cup of tea either as that wasn’t introduced for centuries. You’d be more likely to have weak Beer or Mead. The language was a weird mish mash of  Danish, Norman, Anglo Saxon and Latin. It took many years before they learned to speak proper (like what we do). 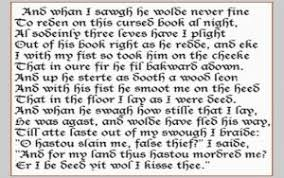 The other thing that you’d notice before that is the unbelievable stench that was in the air. This was especially true if you decided to pop into a populated area. Whilst the Air quality was ok, no heavy industry until the Victorian era, the smell would have made you think twice. Why did it smell so bad? Mainly because people had no idea or interest in public health. The advances in latrine and baths the Roman’s had brought was long gone. Soap was scarce and a monthly dip in the local river was about it. Lets not forget that it is also the same place that people wash clothes, chuck waste and drink from.

Castle’s had toilets called garderobes. This emptied out into the moat. As this was an open sewer at least it couldn’t get blocked.  This is not a problem nowadays. For example Blocked Drains Bromley way are soon sorted.

Things to Consider when Keeping Budgies

25 thoughts on “If you go back in time take nose plugs.”