I simply love the game of Football. 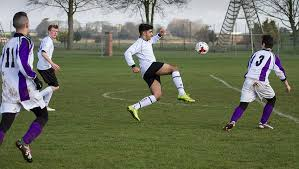 For me there really is no other sport that is Football. It is the ultimate game. It’s easy to play and with just a little bit of practice like say by watching Football Training drill Videos like these that you can see on www.sportplan.net/drills/Football/Dribbling/Wake-Up-the-Giant-F502004.jsp then it doesn’t take too long to be even a tiny bit competent. It is a simple game because all that you really need to do is have something vaguely round and anything that can double as a goal. This can be a wall, bins, your school bags or even the proverbial jumpers for goal posts. Whatever you use there will always be a heated debate as to whether the ball went over the jumper goal post or dipped under the invisible bar. 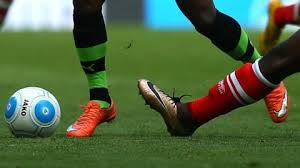 There are ninety-two professional teams in England but there are countless more out there in the lower leagues.  Some are professional some are semi-professional and it is clear that globally Football is by far the most popular, played and watched sport on the planet despite what Cricket, Rugby and the North American sports of American Football and Baseball might think.

Ever since I was a young boy, I was introduced to how important Football was to some people at least. I was told tales of how my Grandad seemed to have an inbuilt clock to tell him when Match of the Day was on even when he’d appeared to have fallen fast asleep. I was also told how he had left the house’s chimney on fire and gone off to watch his team. There are few other sports that can insure the same blind, and some would rightly say stupid, devotion to a game. Let’s be honest, whilst Lewis Hamilton can command quite a strong following, his fans will be unlikely to experience what he does on the race track as we will never be allowed to drive a Formula one car. However, what we can experience is the joy of scoring a goal like Harry Kane does or make a great save just like Jordan Pickford. Of course, we know nothing of what goes through their heads, but we can at least relate to them as we stride out on to the local parks pitch on a Sunday morning.

Maybe it is also because football is an urban game it reflects how we changed as a society. We left the fields of agriculture and the great houses of the Lords and Ladies and moved into the cities to get work in factories, mills and mines. The confirmed space in those early towns meant that we had to find a game that could be played in any space with whatever we had and no matter how limited.

11 thoughts on “I simply love the game of Football.”